At One World Week at the University of Warwick, I was asked after my talk if I thought it were possible to change the opinions of others, to build a community that could change the world by bringing on equality. I am not normally one for dodging questions, but I admit, I side-stepped this one a little and said that yes, I believed it were possible, but that some people would never change their minds, and for them the only hope you have to remove their counter-productive argument was to wait for them to die, which hopefully wouldn’t be long for the sake of bringing on equality.

Now, however, I am starting to realize day-by-day that there is a much deeper, fundamental issue there that seems so obvious to me as a Third Culture Kid, but that none of my First Culture Kid friends seem to understand. I’ve never once discussed this with anyone, mainly because it started as a double blind study in which even I didn’t know I was doing the research, and then transitioned into a single blind study as I began to notice a commonality between all my “global tolerance” First Culture Kid friends.

This has been years in the making, something I have been noticing and farming for more information since I was a college kid my freshman year talking to all these strangers who had never left the country, except maybe for a week here or there to build houses, repair a school, or to save the souls of those that didn’t know their particular god, whichever god that happened to be at the time. And now, even today, I still have this talk with people that claim to be tolerant of the world and believe in the potential achievement of total equality. But now, I do it with motive, not for fun. I am farming for a secret.

Before we even get into the details regarding global tolerance, I want to address the nature of that two-word-item that has become so popular when discussing the pathway to global acceptance. Tolerance, in itself, is a horrible way to achieve your goals. The root word, tolerate, means “to put up with, to endure.” When we talk about global tolerance as a way the world needs to move, we are already setting ourselves up for failure. We cannot achieve unity by simply tolerating. We need to welcome, to invite, to protect, to respect, to love, to believe, to agree, and above all else, to understand everything and everyone. To tolerate them only means that you accept that they are here, despite your better judgement or desires. A world of tolerance is a world still built on the belief that your personal experiences, your culture, the colour of your skin, the country from which you hail, and the people you have relationships with are somehow better than those around you that you simply choose to “tolerate.” The idea that we are building a globalized world on this ridiculous notion of tolerance is not only counter productive, but it’s insulting as well.

I think that it is this is this belief in tolerance that stemmed the greater problem with the First Culture Kid approach to creating a unified world. But before we go on, I believe it important to make a statement regarding my appreciation for people trying to make the world better. The world is riddled with people that reject any form of difference from their own, especially when it comes to religion, which seems to be the only remaining platform where it is not only socially acceptable to attack someone for not believing what you believe, but appears to be encouraged as well.

That aside, why is it that this belief in tolerance is such a problem when trying to achieve globalized uniformity? Because right out of the gate, you are approaching it all wrong.

I have had many, many FCK friends over the years who have been very quick to jump to the defense of anyone who is even remotely different to them. One comment that doesn’t quite include everyone, one joke that even slightly alienates someone, and BOOM! All of a sudden the tolerant FCK is halfway down your throat about your poor use in language or how your beliefs alienate a group of people and that’s not acceptable in a tolerant world.

And right there is the problem. Sure, the intentions are wonderful, to create a world in which we are tolerant of everyone and ignore all distinguishing indicators like the color of their skin, their birth country, their beliefs, their politics, their sexual orientation, etc. But the best intentions often lead to some of the most brutal results.

You see, my wonderful friends who want so much to make everyone equal: There is never going to be any form of unity if you strip down the boarders that make us who we are. We are individuals, not a hive mind of shared consciousness. We require our individuality to thrive. I am a white, English born, Italian blooded, globally trained, American influenced, southern experienced, big toothed, greasy skinned, messy accented, brown haired, brown eyed, Third Culture Kid. I have been the minority almost all of my life, and yet I have never really felt like one until I transitioned into my role as a Domestic TCK. Why? Because it was not in my constant need to ensure I said nothing that separated me from the pack, but rather in my open arms that invited the words gwai-lo, red coat, lobster, cracker, bai tou, ghost, leche, gringo, etc., to make me part of the culture that surrounded me.

And that’s where the one big crack in the foundation of “tolerance” suddenly spreads, bringing down the entire building upon which you built this first culture mask of acceptance using a term that means nothing more than to put up with someone. We don’t want to be put up with. None of us do. And trust me, your pathological fear of offending someone through racism is not the answer. Every time you gasp in horror at how someone used a racial slur, or pointed out the funny way someone muttered a word with an unfamiliar accent, or challenged a different person’s faith in their respective gods, you are not helping this battle for unity, but hurting it. The person who is not racist, who is opening their arms to global acceptance, will not be phased by a word. But the person who does not understand unity, the one that leads the pack, or the secret supremisist using your fear of offending to his/her advantage will always be the one to ride your “equality” to their benefit. The rest of us who are proud of who we are and are unconcerned with racism really don’t give a shit about the ignorance that’s thrown our way.

Take it from a man who has slipped between cultures his entire life. The deepest connections I’ve had, the most meaningful relationships I’ve experienced, the total acceptances I’ve achieved from cultures I do not physically or verbally fit into, have all been born of realizing one thing:

When we accept that we are all completely different, when we laugh about how we are called gweilo, when we chuckle at someone making fun of our accent, when we embrace differences and are proud of them, we entirely remove the power of racism.

This is not tolerance. This is equality, something so much more powerful than the tolerance you seem to want to create. Because in tolerance, we are always fully aware of the differences in the people that surround us. In equality, however, we notice it all, we vocalize it all, and we do so with an air of acceptance and joviality that makes the bonds between us even stronger. And with every relationship that is built upon that foundation, the foundation of a realization of our differences and an open acceptance to understand them and embrace them, racism has one less place to breed. 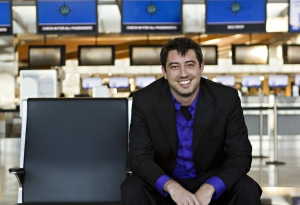