I challenge you to find a Third Culture Kid (TCK) out there who doesn’t agree with this statement: The internet is the purest and most openly accessible form of connection between cultures currently in existence, the single exception being one’s ability to walk into a country and immerse themselves in the culture they’re surrounded by.

With talks of Net Neutrality sky-rocketing again in the United States (I say sky-rocketing with full knowledge that while there are many people making a lot of noise on the issue, there are far too few given the fact that the internet is a vital part of almost everyone’s lives), the fact that we may very well lose a free and open internet is becoming a topic of concern for anyone living in this country.  For the general public and life-long residents of the US, a free and open internet represents a connection to free speech and expression coupled with a gateway to free market enterprise.

The internet is home to everything now, and with that complete involvement in our lives, we find ourselves turning to it in order to acquire information, purchase anything we want, connect with friends and loved ones, start a business, get our name heard, learn new things, relax and unwind, watch television, follow rising stars, listen to music, find new friends, develop contacts, apply for jobs, work our jobs, and ultimately: connect ourselves to the world.

For America, one’s ability to start a company and rise to success has been the driving force of free market enterprise, and with the creation of the internet, that drive has never been stronger. People with highly marketable skills in isolated industries now have a portal of access that allows them to get their name into the world, to create a company that focusses on something unique and desired, and share it across a digital path that spans the entire expanse of our planet. And we do it all under the guise that our information is created equally, no matter what information we choose to share.

Unfortunately for Americans, that belief in a free and open internet is currently nothing more than a lie we are telling ourselves to help us feel better about our existence. And that’s where the Net Neutrality debate comes into play. If you are not aware of what’s happening with Net Neutrality, the FCC, and ISPs across the United States, I encourage you to watch this video. It explains, in as simple as a way as I can conceive, just what we were all so upset about earlier this year. You can read the comments, too, to get a nice spread of just how intense this conversation has gotten:

It turns out that when you allow a company to have a monopoly on an asset, they will often abuse the power of possessing that monopoly for profitable gain. It is foolish for us to blame them for this, as it is a natural part of running a business, but you also have to remember that one of the core values of the free market is that competition is fundamentally good for business. ISPs will argue all day that they do not have a monopoly, but their arguments are nothing short of propaganda that permeates the most hated industry by customers in the nation. In truth, they don’t have a monopoly in most markets. But their lack of competition based on mutual gain might as well be.

I’m not a fan of regulation. I don’t like governments at all and honestly believe them to be incredibly inefficient, money sucking machines driven by idiots, crooks, and thieves. But, unfortunately, there are exceptions to every rule, and while I am a free market person to my core, I am not foolish enough to believe that with ISPs being the same people that want us to watch cable television and buy premium shows, that they’re not going to bully us into them getting what they want. We’ve already entered into a slippery slope of being charged twice for access to an internet we never really recieved in the first place. And if you don’t agree with that, perhaps you forgot about Netflix and Comcast‘s spat earlier this year?

The thing is, as a TCK, the internet is more to me than just a tool for domestic business. Granted, I use it every single day for just that being the Marketing Manager for a rather prominent waste company, authoring this collection, and managing various other private contract roles with different organizations. But it’s bigger than that. It’s a point of connection, and my ability to do those things is driven by a free and open internet in which my traffic is just as valuable as anyone else’s in the eyes of neutrality, and it’s the consumer who decides my worth, not an ISP.

And this is bigger than you think. Hundreds of massive companies, including Google and Netflix have already sided with Net Neutrality advocates everywhere. And that’s a big deal if you think about it. People who yell “Well of course they don’t want to be forced to pay more to have people access their information, they’re giants” are missing the point. It’s true, they don’t want to pay, why would they? It hurts their bottom line. But the point is, if they have to pay, they can.

That’s the thing you need to be asking yourself here. Can you afford to pay to get your name heard because an ISP has decided your content is taking too much traffic? Take me, for example. I host a completely free resource of information here at Third Culture Kid Life for TCKs, their parents, their families, and their friends. Over the past three years, it has become quite a trafficked site. I know that if ISPs get their way, they won’t bother with the likes of me right off the bat. But one day, they might. And if they do, what would happen?

Unfortunately for me, and hopefully my readers feel the same, Third Culture Kid Life would be no more. My content could be inaccessible all because I didn’t pay an ISP to get a pass-through to my website so that people could load my page. And with the content of the world at my fingertips, that entire concept is absolutely terrifying. 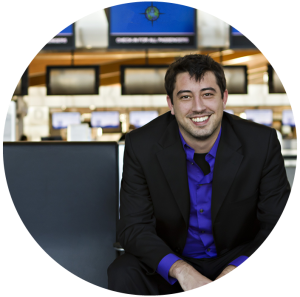