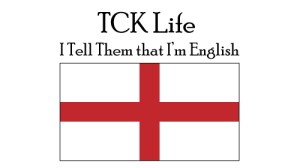 They ask me where I’m from, and I tell them that I’m English. They look at me curiously, listening to the American accent with a hint of something foreign in its sounding, a distant memory of a corner of the world that doesn’t jump off the page of my life, but hides itself behind the dominant sound of a confused American who is neither Southern nor Northern, Eastern nor Western.

They ask me where my accent is, and I tell them I bury it well. I tell them it’s there, beneath the mask of my partial-American upbringing. I tell them that I can switch to it easily, if I want, but for the sake of understanding, I use the American one because it’s easier given the company I am around. And when I speak those words, I intentionally increase the English inflection on my letter A’s and my T’s. They hear the change, and begin to smile and say “Oh I hear it now,” believing that now that I’ve told them, they’re picking up on something that was always there, and they immediately believe that I am not from this country despite the way I sounded when we met.

They ask me to speak with my English accent, and I transition over without issue or hindrance. I flip the switch in my brain, and immediately I become something different. My tongue moves quicker, the words exiting my lips more mumbled. Letters become lettas, colors become colas, isn’t it becomes ennit. I grab a pen and paper and write them a note, spelling words as I always do, with the language of my original passport country, adding “u” in words like colour and favourite, switching “er” to “re” in words like centre and theatre, or bringing the validity of “-ise” back to reality in words like centralise and realise.

They ask me why I moved here, and I tell them my father’s job brought us here, that I went to university in San Antonio and then I took jobs in America and didn’t want to go back to England because of the taxes. I then tell them that I will leave one day, but I simply haven’t left yet. Yet is the operative word. They look at me curiously. Some are wondering why I would ever want to leave wherever I am, why I don’t love the area they love so much. Others are thinking about how much they, too, would like to up and go. But they don’t understand what moving entails. Many of them have never left the state, yet alone country. But they want to know. Or think they want to know.

They ask me if America and England were the only places. I respond no, and I string the list together of places I have lived. England, Hong Kong, Singapore, France, America. Then I throw in, almost as an afterthought, that there were other places I lived when I was young, but I don’t remember them so they don’t count. They say how cool that is, how amazing it must have been to see all those places, experience all those things. They say I must have felt so lucky. And I just respond that yes, now that I am old, I know that I was one of the luckiest people I know, that I wouldn’t trade the experiences of my youth for anything in the world; Now that I am old.

They ask me where my favourite place to live was. If at the moment of asking I am feeling isolated from the world, I will tell them Hong Kong because it’s the most exciting culture I’ve experienced. If when they ask, I am feeling sad that I hardly know my family, I will tell them England because it’s where everyone I’m related to lives. If I’m missing beautiful country, clean air, and bright skies, I tell them France. If I’m wishing I’d seen more, done more, been more places, I’ll tell them Singapore because I remember so little about it. I do not tell them why. They do not know the secrets behind my reasons. I just name the place, and fall silent. But in my head, I am thinking all of those things. But the place I never say, ever, is that it’s America.

They ask me first why I love that country, and I feed them some creative lie about food or lifestyle. But the truth is always the reason of the moment. The truth is how I’m feeling in that specific pocket of time, a secret I keep for me and me alone. And when the reality of where I’ve lived sets in, of all the places I’ve seen…

They ask me why my favourite place isn’t America. And I tell them because it’s a country of people who believe themselves to be a melting pot of cultures and a land of equal rights, but everyone seems to hate the person next to them who doesn’t believe exactly what they do, or wants to live their life slightly different to the lifestyle of their neighbor. I tell them that it’s not a melting pot, that it’s a culturally resistant country, one that believes that patriotism and Americanism (whatever that may be) is the only way to live, and that everyone else should conform or “go home,” wherever that is.

And they get mad, and ask me nothing. They then attack, respond, and retaliate. They defend or unite. They consider me an outsider and think that my opinions are invalid because I am not one of them. They brush me off, or become my friend, but no matter the outcome, I am always the “English guy,” when in truth I am no more English than I am Chinese or American or French. But to them, I am the foreigner, the man that doesn’t quite fit into the comfort of their Americanism.

To them I am different. To me, I am what I have always been; I am a Third Culture Kid, a TCK, a Global Nomad, and an Expatriate everywhere.

When I step off the plane in England and walk into the local for my first pint, my mates come up and give me a hug for all the time they haven’t seen me. They introduce me to the new people I have not met, and say, “This is James, he’s not from around here!” and they shake my hand and buy me a pint.

They ask me where I’m from, and I tell them that I’m American.