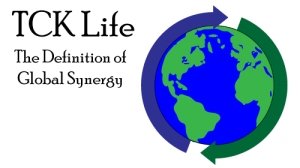 One of the most interesting words that permeates corporate life, outside of the whole “Green” word that has been making such a heavy-handed appearance as of late, is “synergy.” Synergy has become one of the most sought after elements of any intelligent corporation to date, and what makes it all the more interesting is that it’s actually an idea that is completely dependent on the individuals that make up a work-culture to achieve.

Regardless of whether your company wants to achieve synergy with partnering companies, synergy between internal departments, or even synergy with companies that fall into a mild degree of competition with your market, it all boils down to the people involved. Unfortunately, the word has been used so often and so loosely that it has become more of a buzz word than an actual idea, but it’s the idea that gave birth to the buzz word that ties so beautifully into the theme of this collection.

Synergy is, by definition, “the interaction or cooperation of two or more organizations, substances, or other agents to produce a combined effect greater than the sum of their separate effects.” (Google Definitions) Sure, we all appreciate the value in that definition, but like so many things in this world, the true power of synergy is so much more than the words on a page.

For Third Culture Kids, synergy isn’t a corporate word, but a way of life. It is how we have lived every single day, how we have grown and evolved and adopted, how we have changed the way we think and behave and how we have changed the thoughts and behaviours of others. Synergy is a fundamental lifestyle adopted by global nomads. It’s a level of acceptance, understanding, and strength. It’s a shared understanding that the perceived and projected disability of being “different” is actually the gateway to the most successful, stimulating, and awe-inspiring progress we can achieve as both individuals and a community.

I recently participated in an interview that covered questions concerning my life as an immigrant, the cultures I find greatest association with, and how those cultures were impacted by the faiths of those surrounding me. I was asked to tell my story, from birth to modern day, on where I’d lived and how those things had shaped me. Halfway through this interview, I was asked what it felt like to be a minority (I believe that Third Culture Kids are always a minority, even when surrounded by other TCKs), and how my culture was impacted by those feelings.

It led to a two part answer, one that inspired me to explain the power of TCKs and their ability to work seamlessly to create a synergistic culture anywhere in the world. It started with a story I have touched on before, derived from where I felt most comfortable as a minority. I talked of my second stint in Hong Kong when I was 14-15 years old, a freshman in high school. At the time, my group of friends were a mess of lost cultures, like myself, struggling to find a log to grab hold of in the sea of cultural identity. We consisted of one friend from each of the following cultures: Welsh, N. Korean, S. Korean, Vietnamese, Chinese, French, Spanish, Filipino, English, and American. We were all different, all wrestling with our passport country identity, and all Third Culture Kids with completely different developmental histories.

But that was what made us unite. We were all different, but fundamentally we were all driven by exactly the same ideas. We wanted to understand the world, and through our friends we had a gateway to 10 different countries, all of which had different cultural backgrounds and all of which possessed elements that we would adopt into our own Third Culture to expand who we were. And with those adaptations, with those adoptions of varying backgrounds, beliefs, and lifestyles, we became more synergized.

And this is where the true beauty of the power of Third Culture Global Synergy came into realization. We didn’t just unite as a group, we took those unities into ourselves and absorbed that culture of 10 different countries we had created with us when we left. We were all TCKs, all natural absorbers, all completely aware that one day we would separate and take the memories of our past with us. And with those memories, we had each added cultures to our repertoire that strengthened our abilities to work together, or work with others from any of the 10 backgrounds we now shared.

I think that it’s in this little developmental quirk that the true power of global synergy can be seen. TCKs are the definition of synergy, and synergy is nothing more than the ability to unify cultures. As TCKs, we were molded into the perfect tool for synergistic unity. Throw us into a room full of strangers and our natural ability to adapt will operate as a catalyst for anyone we meet. And that takes me to the second part of the question that was asked to me during my interview: What makes me feel like a minority?

I am a TCK, and so no matter where I go, I am always a minority. My culture is not shared by anyone because it was built out of the fragments of so many different pieces of so many different cultural puzzles. Even my TCK friends would agree that while we understand the fundamental truth that we share our separation from the First Culture, we do not even truly share our Third Culture. The Third Culture of each TCK is completely different from TCK to TCK. It all comes down to the elements of the cultures we were exposed to that we chose to adopt.

And so my status as a minority isn’t a feeling I notice. It’s a perpetual state of existence, one that has been present my entire life, one that I have both fought and embraced. But now, as an Adult TCK, I can say that the only time I feel out of place, the only time I feel like a true “minority” is when I lie to myself about who I am. When I cover up the truth of my multicultural background, pretend to be something I’m not, or hide elements of my life because I know they will cause friction with the culture I am part of, that is when I feel alienated, disrespected, or minoritized.

The truly interesting part of that feeling is that, unlike many other minority groups that feel separated because of the stigmas the world places upon them, I feel like a minority because I am placing the stigma upon myself. I can adapt, evolve, fit in. I can lie if I need to and be completely convincing that that’s exactly who I am. I can live that lie every day, and be a culture I am not because I have a completely subconscious and natural eye for absorbing the cultural queues that make me fit in.

In pretending to be one of “them,” I lose who I am. Which brings me full circle, back to the start. My life as a catalyst for synergy, a gateway for first culture kids to truly understand each other through the medium of my experiences, stems from a world in which I am both the biggest liar and the man who never lies.

As TCKs, we understand synergy fundamentally. We understand culture completely. And we understand that no matter how we fit into this world, we will always be entirely ourselves today, and yet never who we were yesterday.

2 thoughts on “The Definition of Global Synergy”